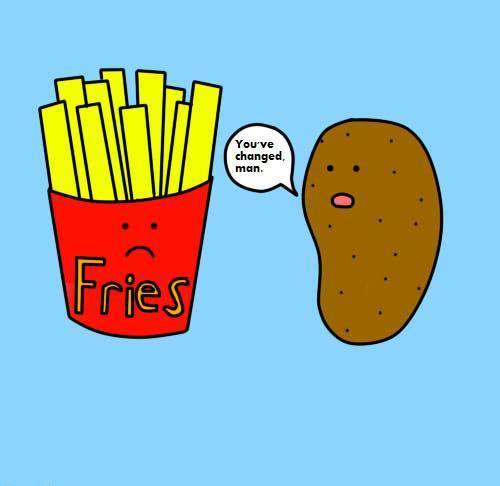 I try to keep things light and upbeat here, but every now and then I have to exercise a little catharsis. I recently had someone say to me–in a round about way–that I had changed (in a negative way). That I was “a bit much” for them. The comment hit me like a ton of bricks and I immediately took to my phone calling and texting some of my closest friends to get a 2nd, 3rd and 4th opinion. See, what I heard was, “Blake, you’re fake.” Fake has never been something that I’ve done very well. Quite honestly, there have actually been occasions when I thought that being so might actually get me closer to some of the things I want in life. But at the end of the day…what does it profit a man to gain the world and lose his soul?

At any given point in my life, I can always readily identify exactly what my hangups and flaws are, as I’ve always been a rather introspective person. Now, whether I’ll talk about them in that moment is another thing. It’s not usually until I’ve gotten over those hangups–and adopted new ones, no doubt–that I’m able to openly talk about them. That is why I’m able to openly & honestly share the fact that college for me was characterized by 4 years of immense insecurity and self-consciousness. It’s only been in the years post-college that I’ve been able to reap the benefits of years of my ‘pull yourself together’ talks and finally love the person that I see in the mirror. So when asking myself whether or not my actions could be read as “fake”, I had to answer, “Sure.” But only to those who either a) only knew me during college or b) never really knew me to start with.

The core of who I am is still the same. The packaging has changed, my name has changed and as a result of my newfound self-confidence, the way I interact with the people around me as changed. I’m no longer that girl comparing myself to every female who walks in the room…(most days). I’m no longer the overly self-conscious girl scared to be herself for fear that people wouldn’t like me. But most importantly, what I am now is the person I was always meant to me. To be honest, I have to question whether the people who see that as a negative thing were ever really in my corner in the first place.

I’d be remiss if I didn’t acknowledge that this person’s comment struck a cord with the insecure, little girl inside of me. For a brief moment, I felt like crawling back into my shell and being the person that it took me years to outgrow. But bottom line, I refuse to dim my light for those who think I’m shining too brightly. Get some shades or get over it! I love the person I’ve “changed” into and I’ll fight through hell and high water before I take even one single step back.

Since my birthday was this…