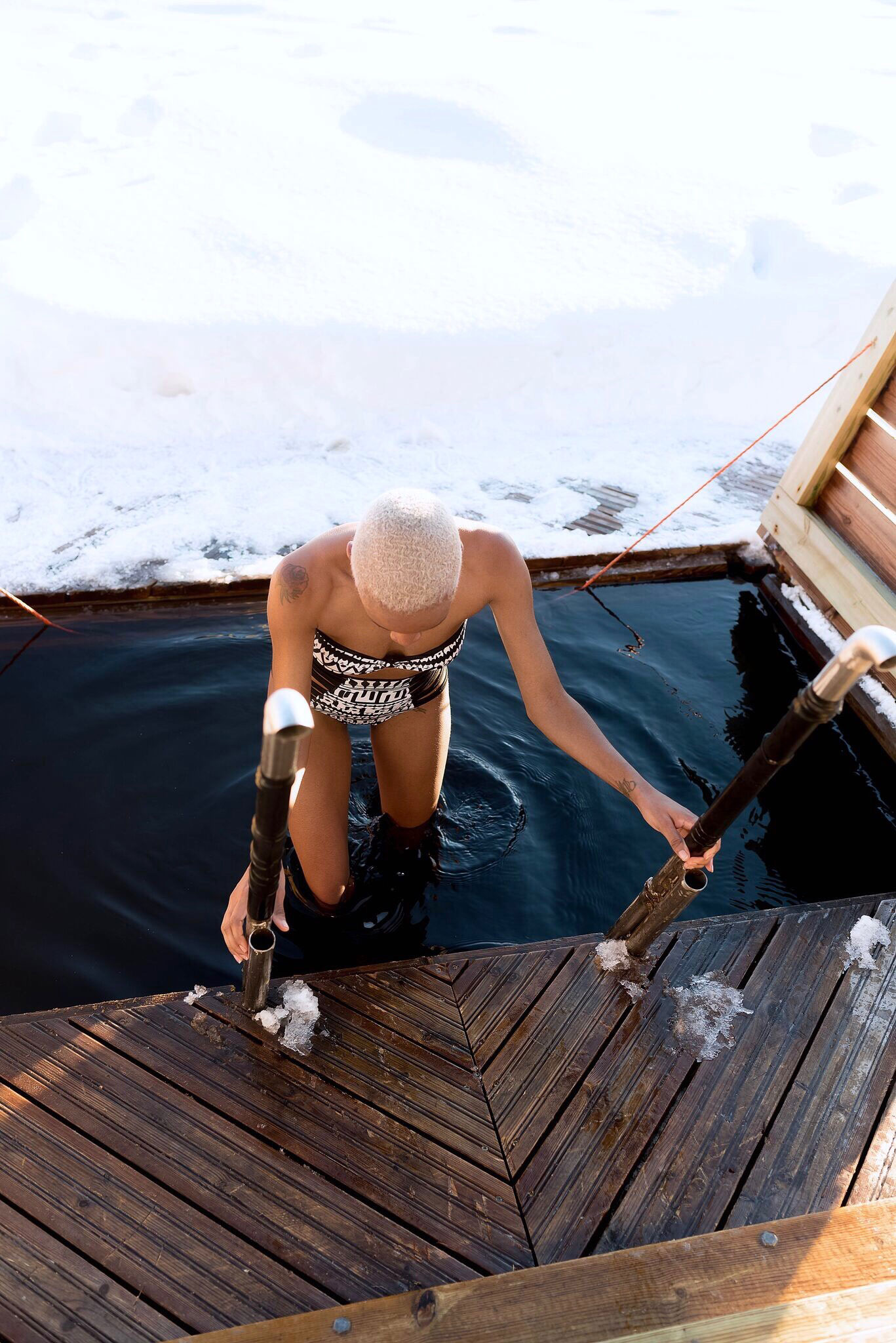 I also never thought I’d be a fan of The Bachelor, but that too has happened. I started watching the last season of The Bachelorette, because I knew someone who was on the show. Naturally, that led to me getting sucked into Bachelor in Paradise and, then, this season of The Bachelor. Who would have ever thought that my obsession with reality TV would secure me an invite on a Bachelor-inspired blogger trip to Finland?! (See, sometimes, TV is good for you!)

During the trip, I, along with 6 other bloggers—Katie, Mackenzie, Dana, Ashley, Carly & Jennifer—got to follow in the steps of Nick Viall and his final 3 as they tried to find love in Santa Claus’ hometown of Lapland.

Getting to Finland required a pretty long day of travel. I first had to board a flight from Chicago to NYC before hopping a Finnair flight to Helsinki. Luckily, we flew business class—my first time—from JFK to Helsinki, which made the experience pretty painless. It was an 8 hour overnight flight, so having a seat that reclined all the way back into a bed was the perfect treat.

After a long day of travel from Chicago (and 1 lost & found luggage), we arrived in Helsinki. We then had to take a connecting flight a little further north to Ivalo, Finland. Upon arrival, we grabbed a quick lunch and headed out to the slopes for some cross-country skiing. I’d never skied before—cross country or otherwise—and honestly, it wasn’t my strong suit. Even though I was amazing on the downhill portions (I can balance like nobody’s business!), my uphill action wasn’t so smooth sailing.

That said, it made for a cute photo opp and the perfect excuse to enjoy a cup of the famous Finnish warm fruit juice. 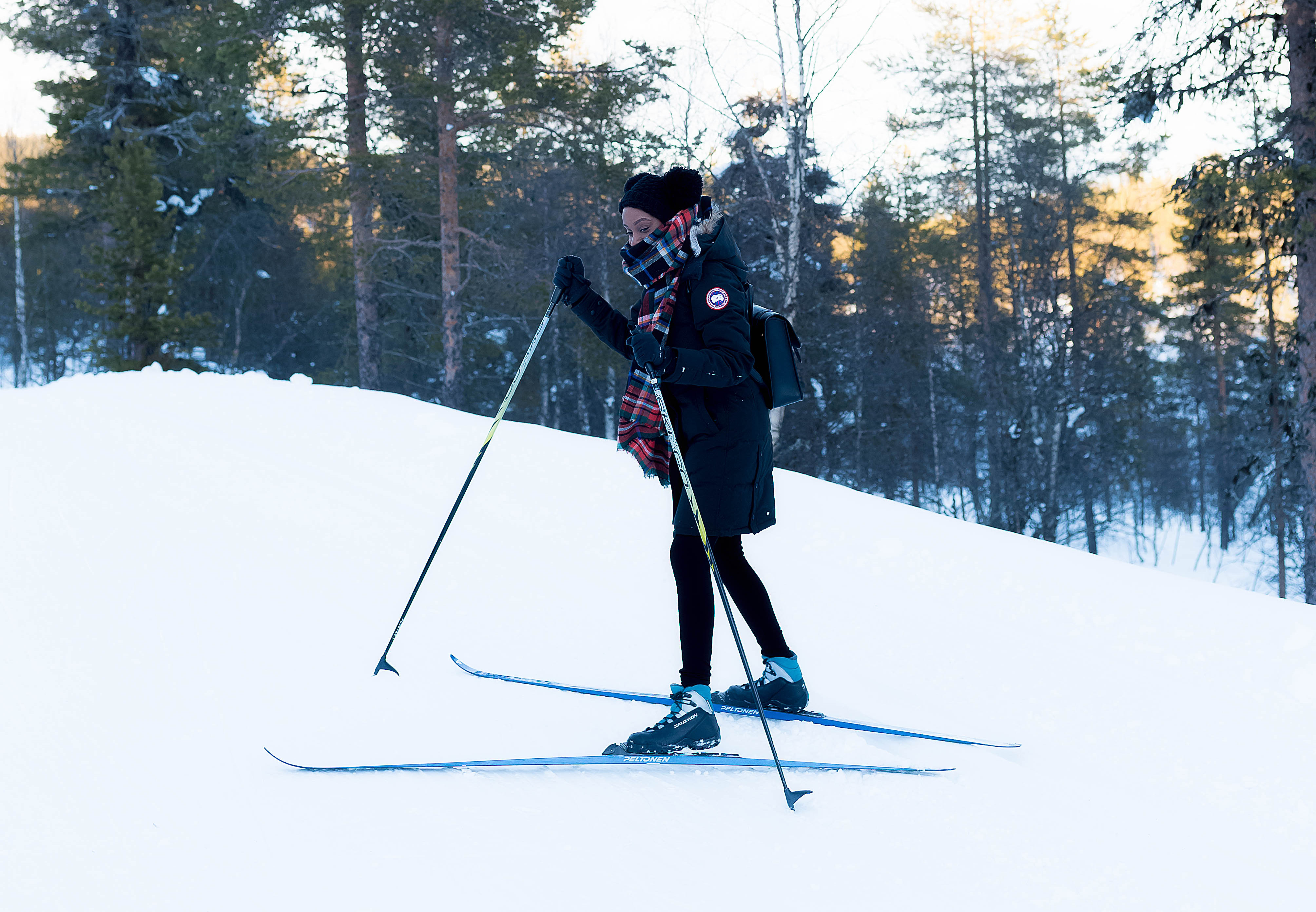 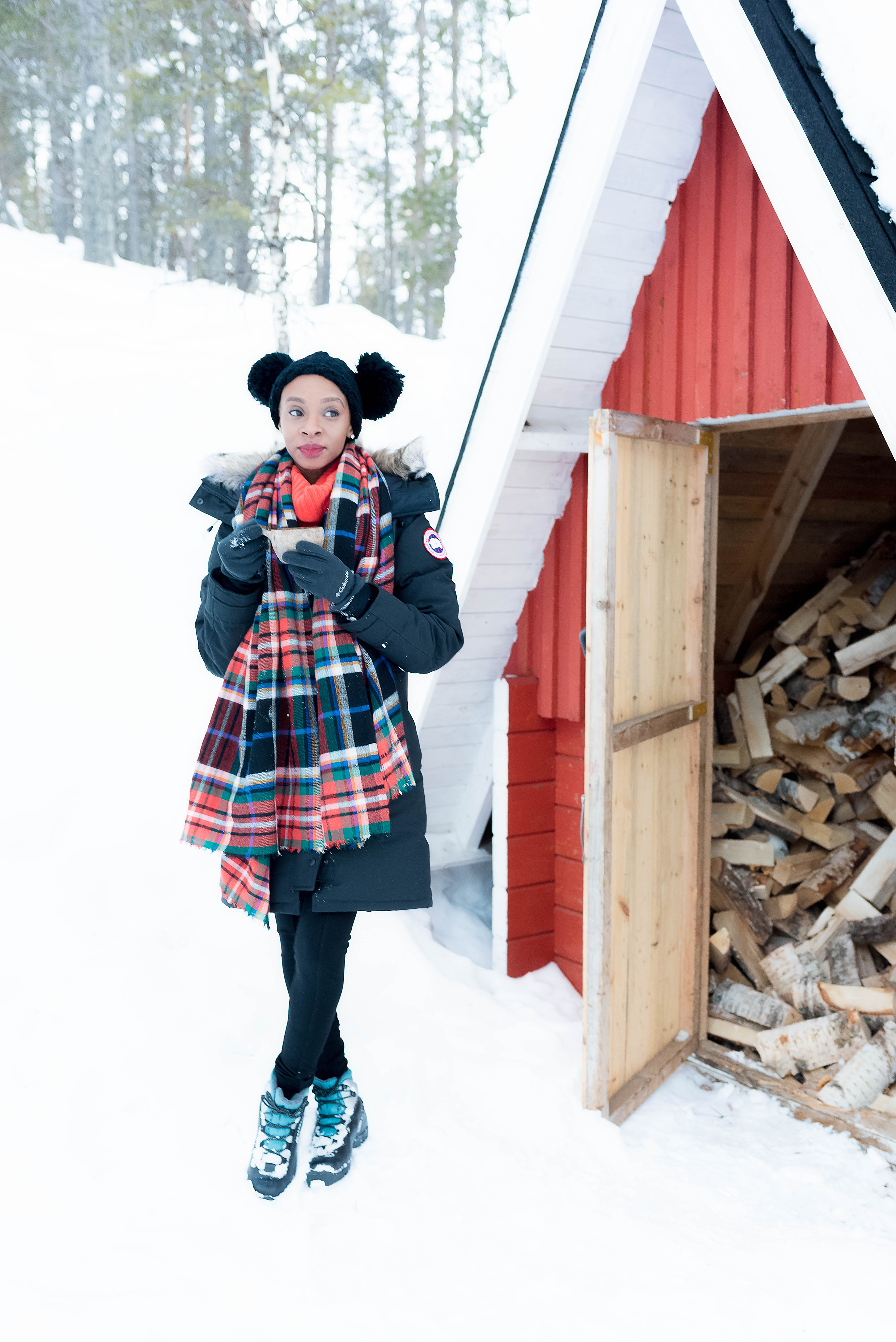 Later that night we went on a reindeer sleigh ride. Cold does not even begin to describe the temperature that night, but oddly enough, there was something really relaxing about the experience. It was super quiet and the stars were so beautiful (living in the city, it’s been years since I’ve seen stars) that I actually feel asleep during the ride. Either that or I was slowly freezing to death. Lol.

I’d still do it again.

We started our second day in Lapland by going snowshoeing. 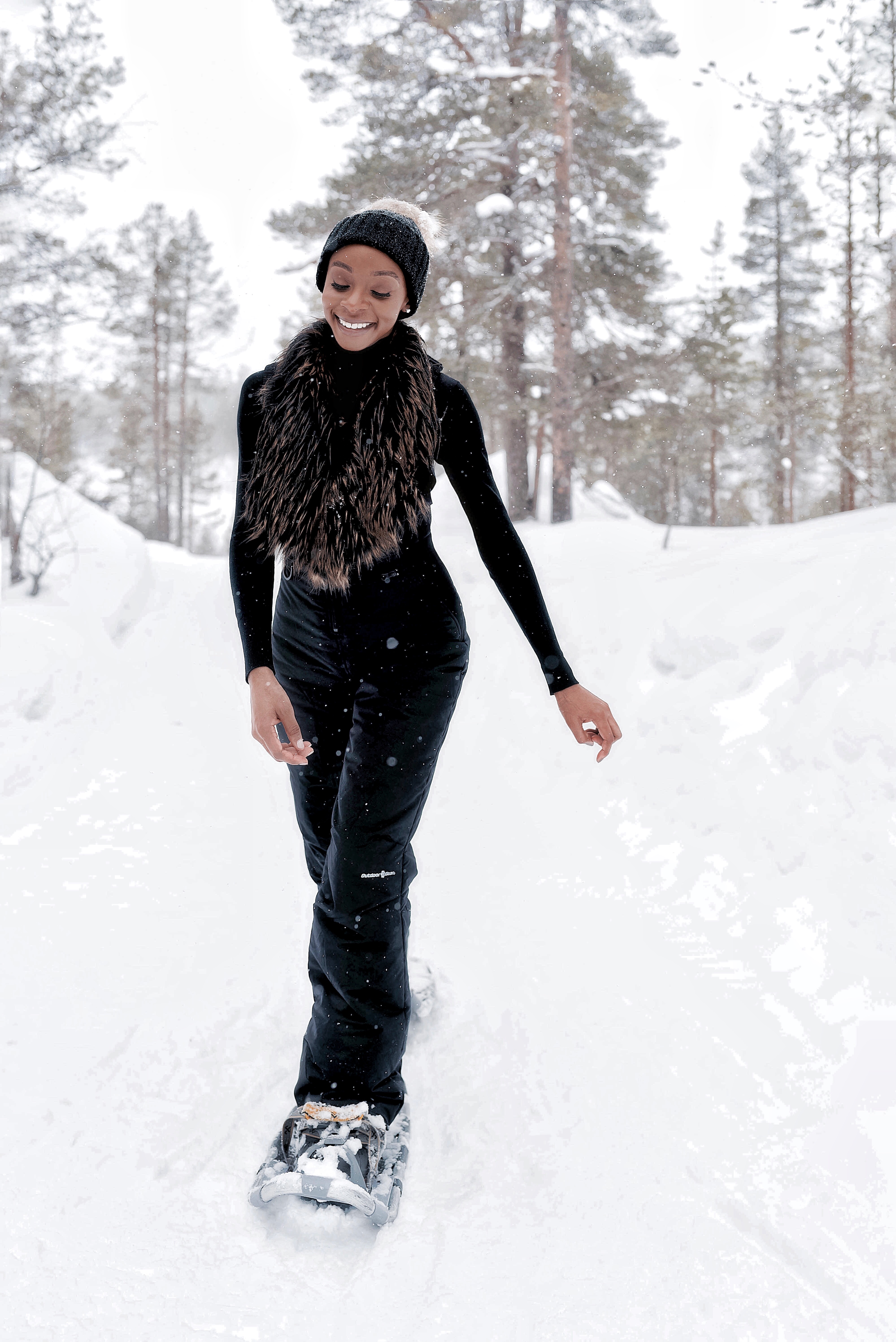 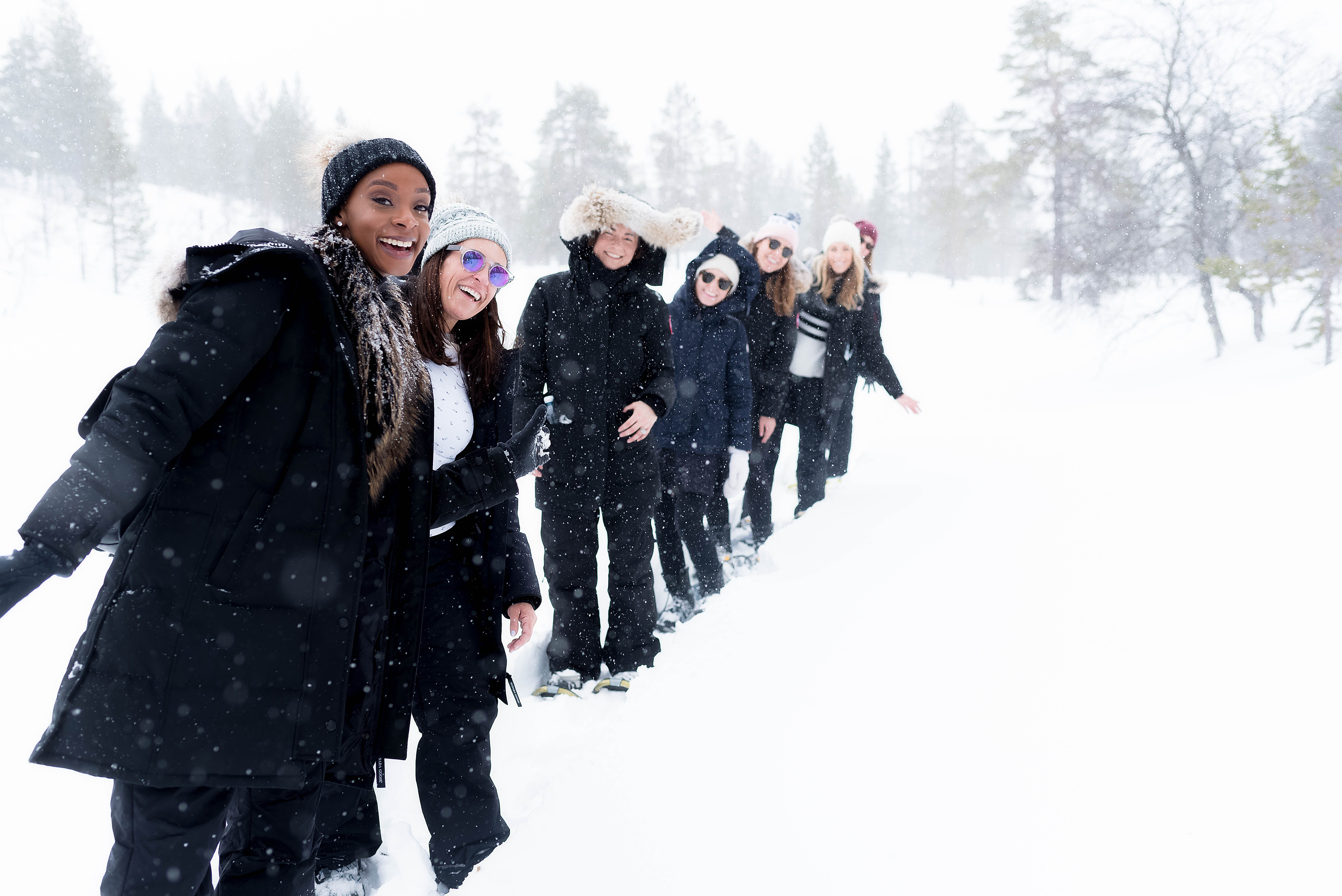 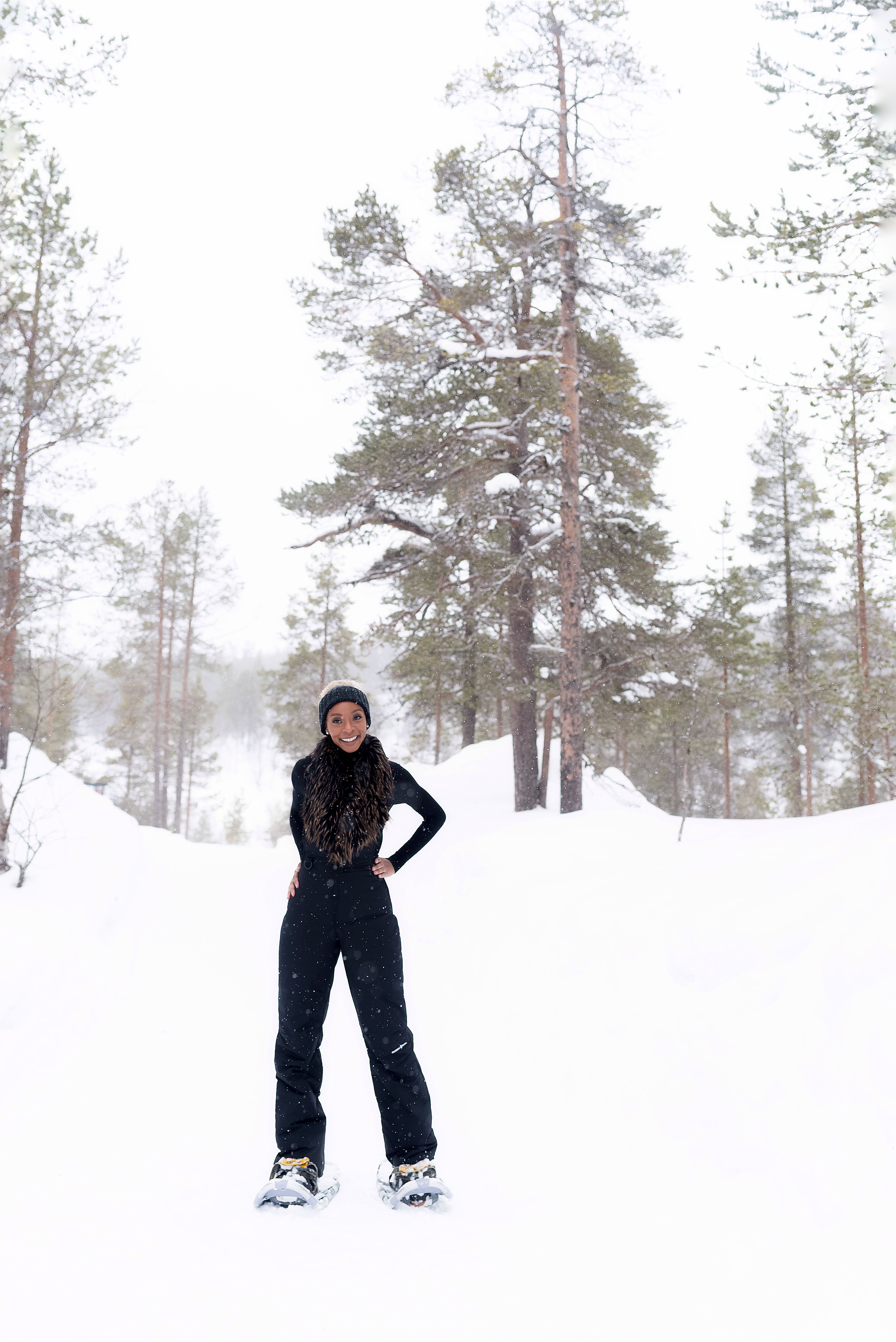 It was pretty chilly that day and snowing, but you work up quite the sweat walking through that much snow so I barely noticed that it was freezing. I even delayered at one point.

Later that night, we headed to the bar where Nick and Raven played darts on this season’s Bachelor. SPOILER: There’s not actually a dart board in the bar. Seems production put it there just for Nick & Raven. But the people at the bar were incredibly nice and we all had a great time!

Are you ready for this??

Never in my life did I think I’d be holding on to the back of a sled while 5 huskies pulled me through the Arctic Circle! It was such an amazing experience. You would be surprised at how much energy those guys have and they can’t wait to run free! 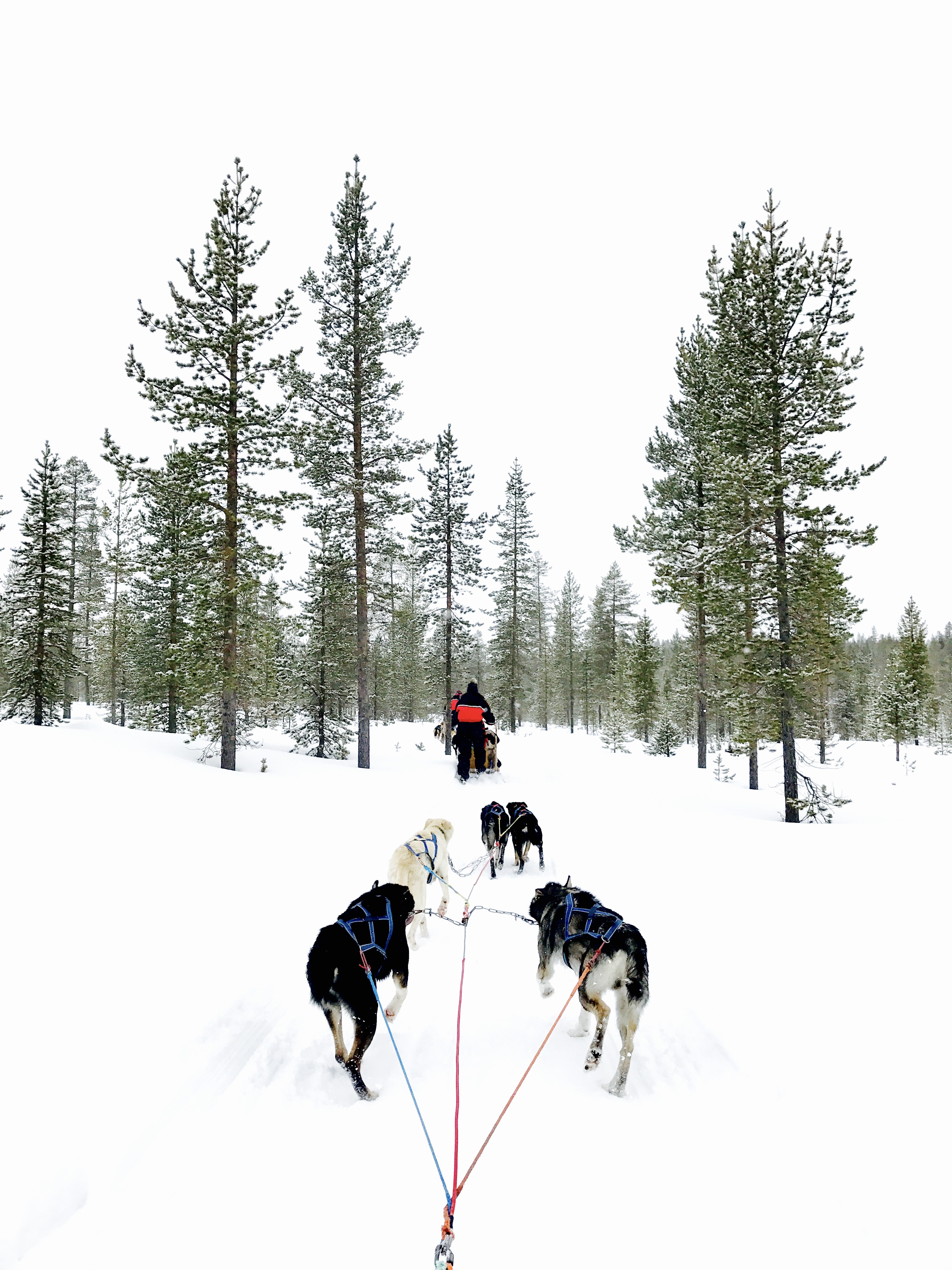 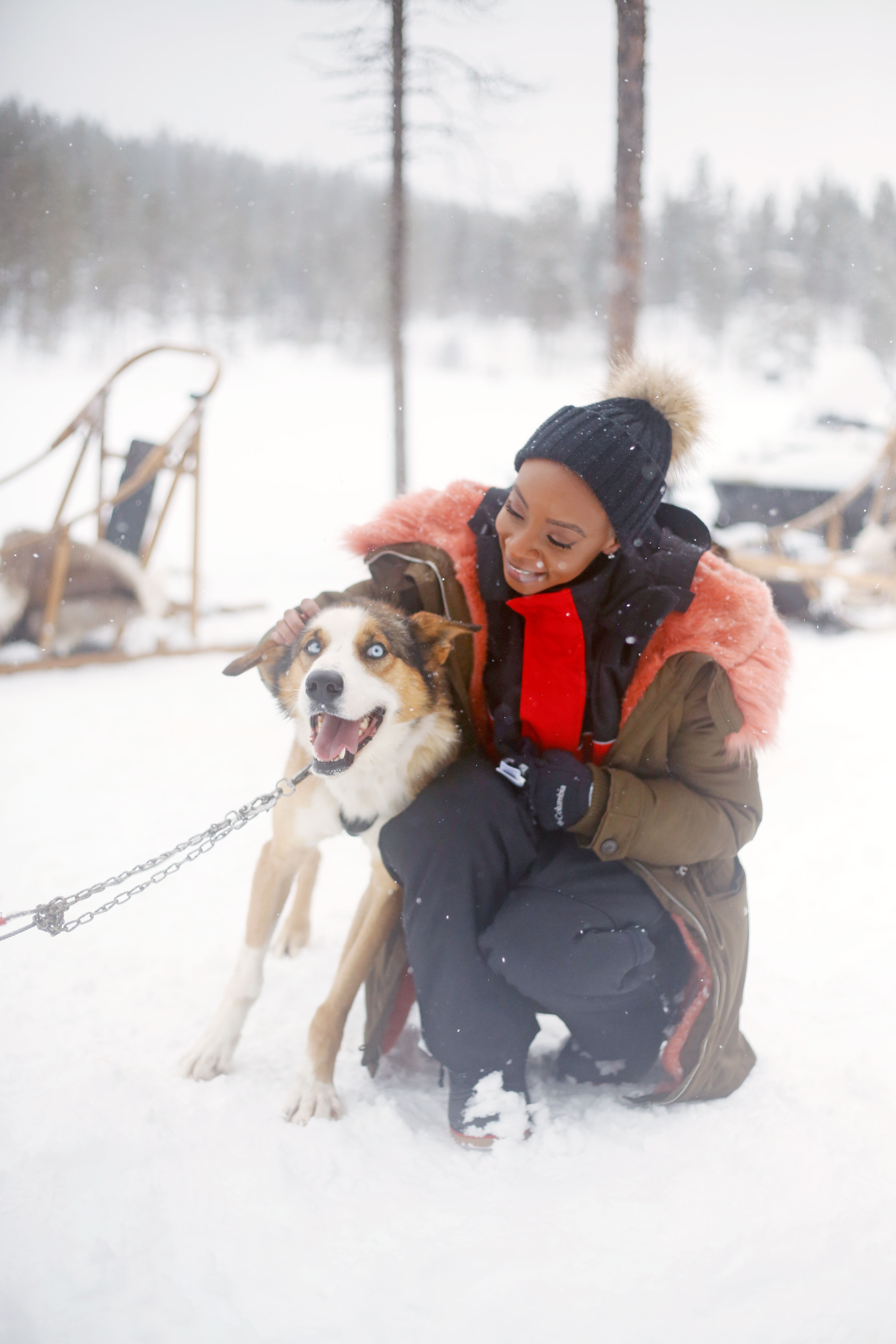 The cherry on top? We got to hold a 4 week old puppy! He didn’t have a name yet so naturally I suggested ‘Blake’ and to my shock the handler agreed! I’m sure he’ll end up with a much cooler name at some point, but for now, this cute little guy is named after me.

Day 4 is the day I found my calling in life. I was put here on Earth to be a snowmobile guide. I’m convinced! Snowmobiling was the most fun I’ve had in a very long time…and it showed because I was really, really good at it. (It’s a lot like driving in Chicago. You just have to be willing to die and you’ll be fine.)

Unfortunately, I don’t have footage to prove it. You’ll just have to take my word for it.

I also fulfilled my lifelong dream of making a snow angel. 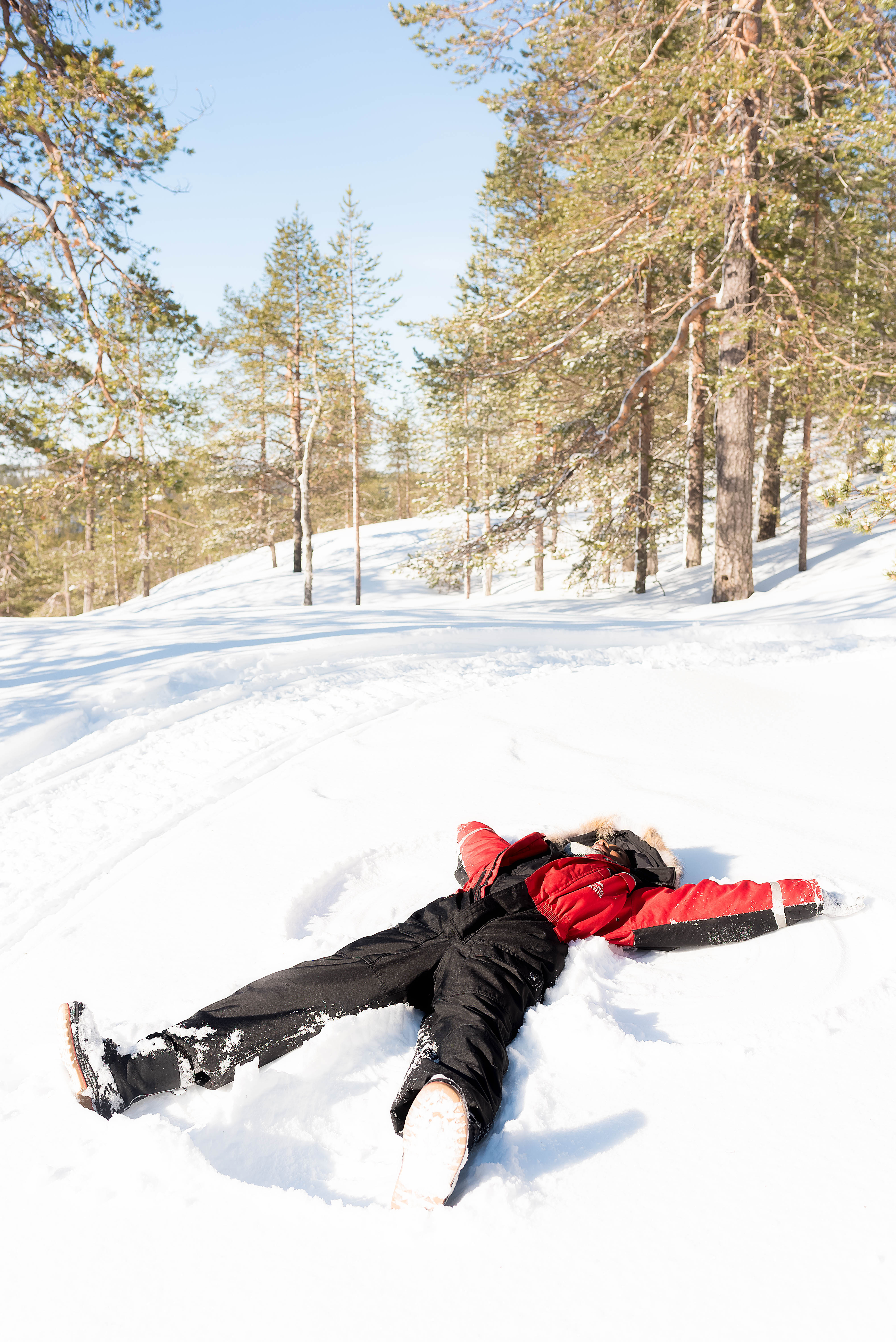 After snowmobiling, we all got in the sauna. Y’all, I nearly died in there! I literally never sweat, but I was pouring sweat while sitting in the sauna. But the good thing about that was it made it much easier to dip myself into subzero temperature water. We all took a shot of vodka and ran out to the lake. Even though the water was FREEZING, there was something about it that was really refreshing.

Our last full day in Finland was pretty laid back compared to the other action packed days. Much like Nick & Vanessa, we headed to visit Santa Claus Village where we got to meet Santa, feed reindeer, hang out inside an igloo (complete with a fully stocked ice bar), and go snow tubing. 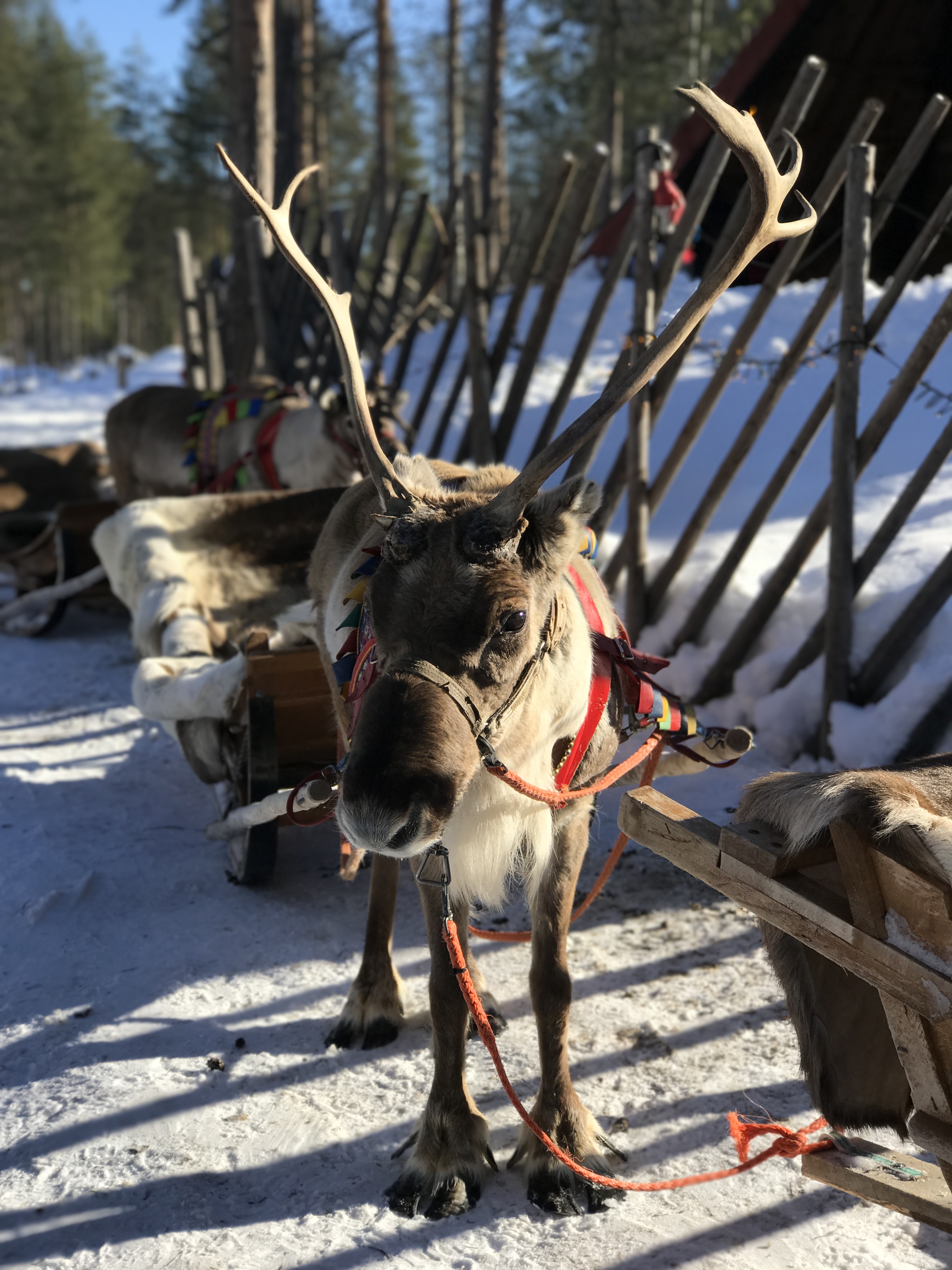 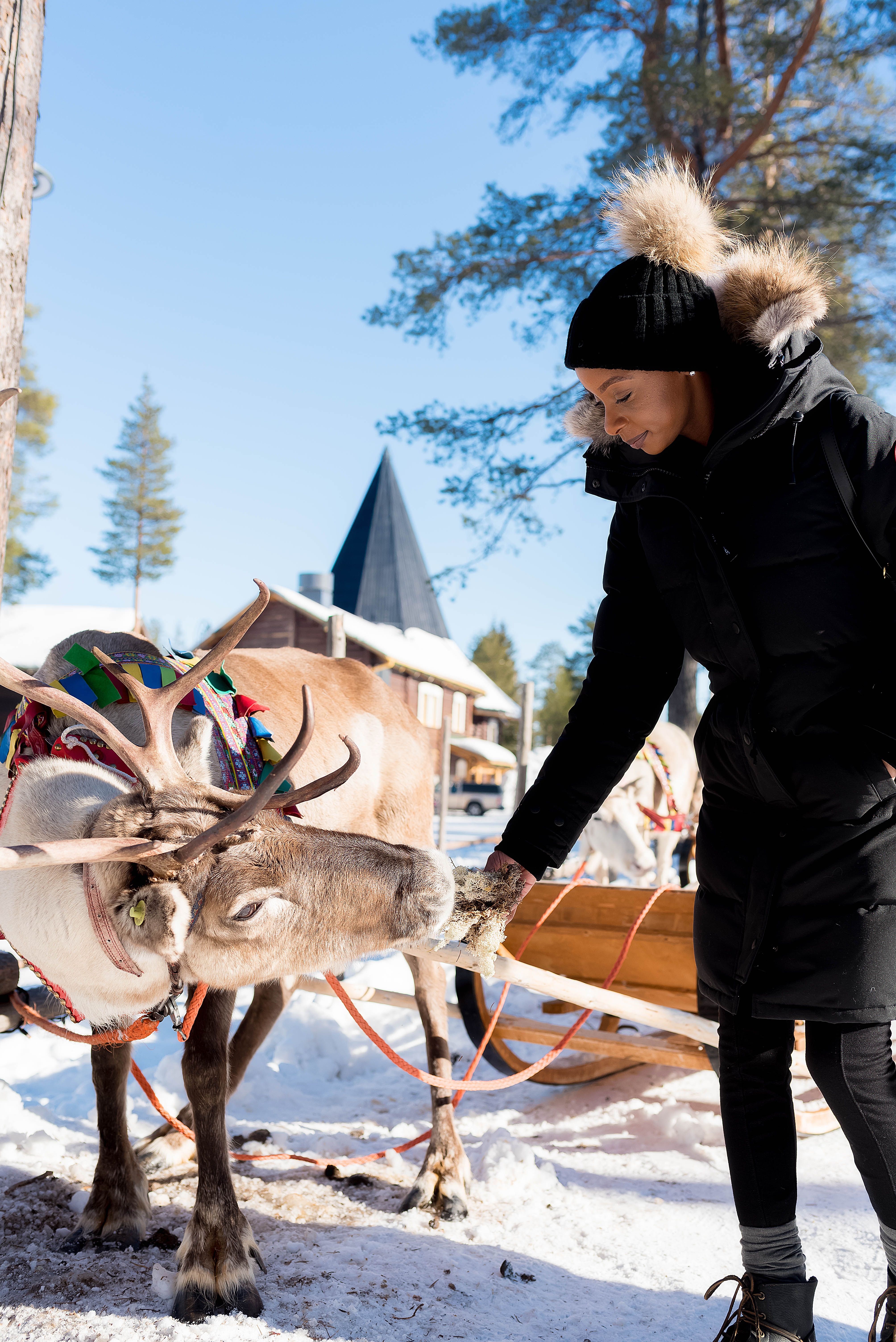 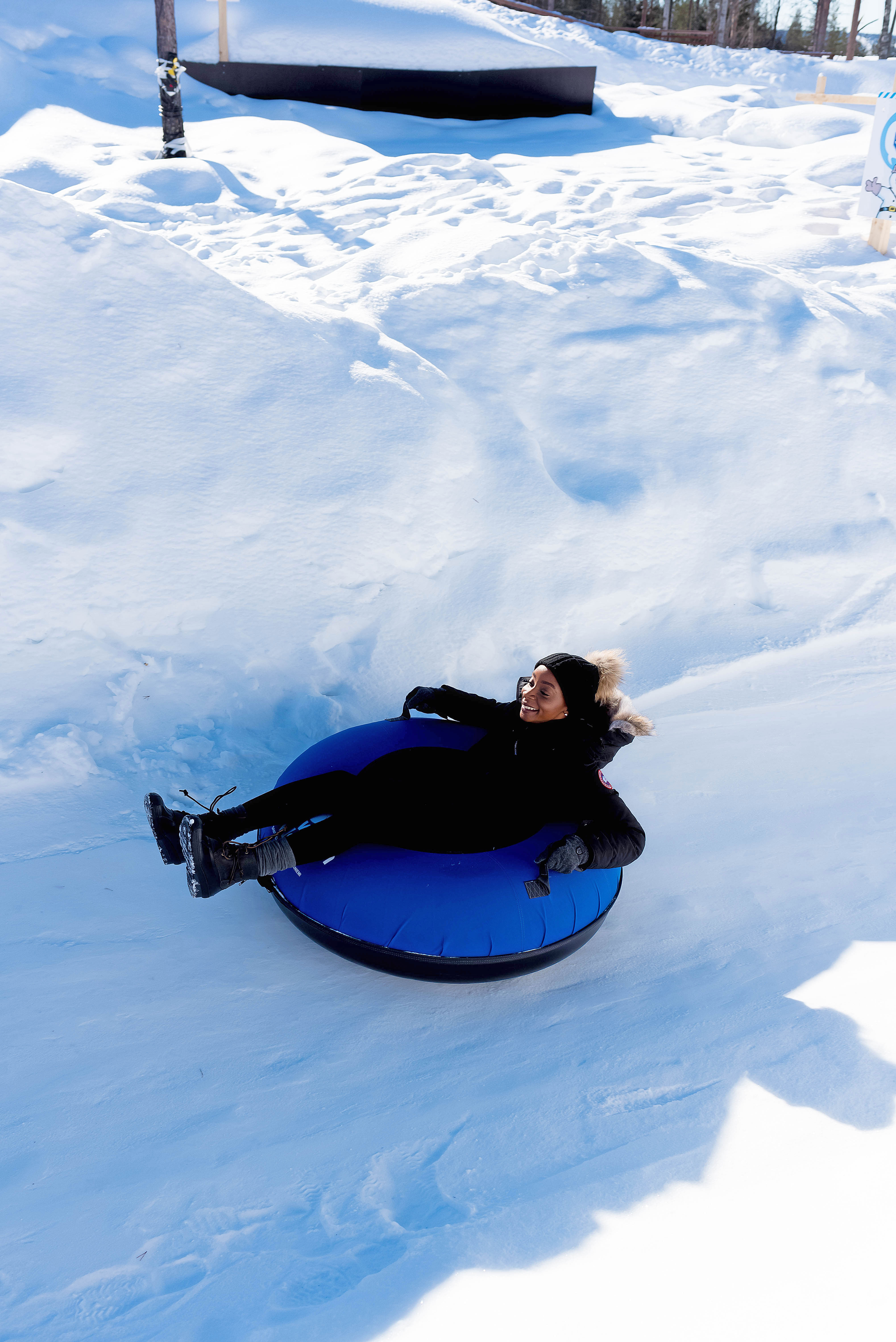 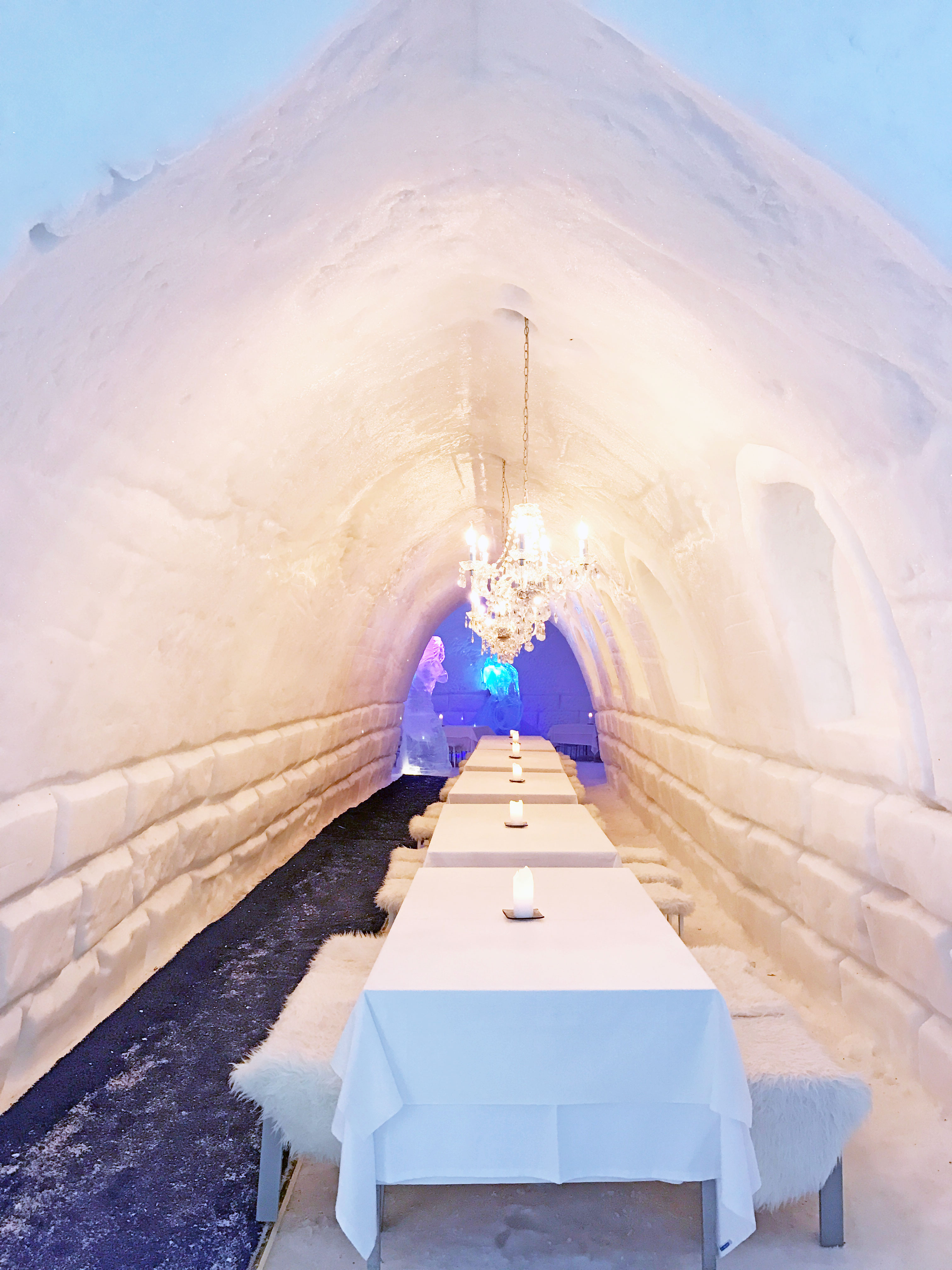 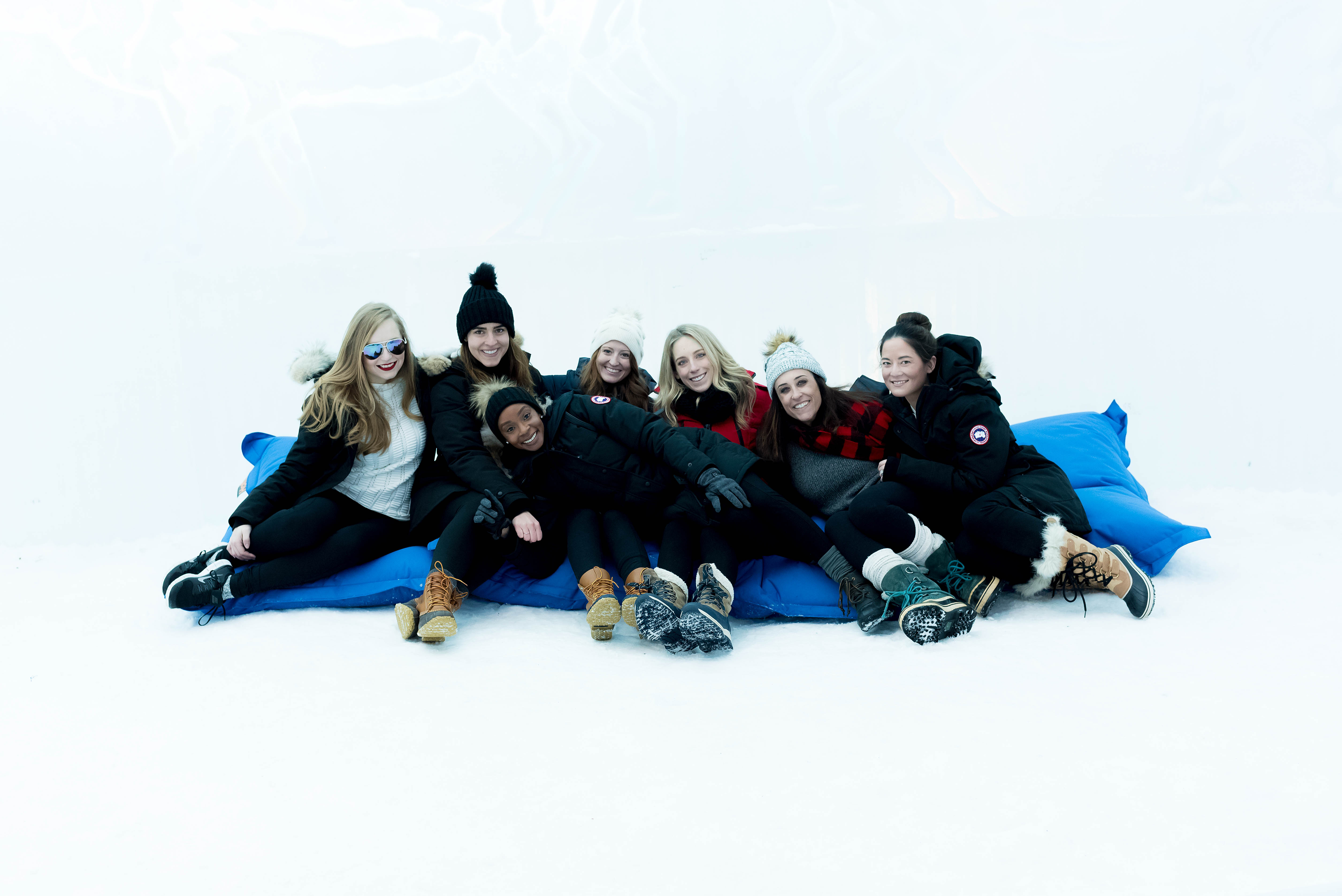 As fate would have it, on our last night in Finland, we were finally able to see the Northern Lights. We had been on the hunt for them the entire trip with no luck. But on our last night, we all huddled around a bonfire to roast marshmallows and lo and behold, they appeared! It was a brief sighting, but luckily Ashley was able to capture some pretty amazing photos.

All in all, it was an AMAZING trip that I’m incredibly glad I got to go on. I got to meet some amazing ladies and experience a really beautiful country. Finland is such a magical place and if you ever get the chance to plan a trip, you should totally do it! And if you have questions, don’t hesitate to ask me. I’ve got answers!

Special thanks to Visit Finland and Finnair for the trip of a lifetime and Ashley for capturing all of these beautiful memories!

I was recently featured as…